It’s A Long Way to the Top…

There are tribute bands, and then there’s BCDC. They were born of bush party ashes in the summer of 1999. Over 1000 unexpected gigs later, Canada’s BC/DC has systematically redefined the concept of a tribute band, garnering iconic status amongst diehard fans, agents, and venues from Vancouver BC to Jackson Hole, Wyoming. From the backyard biker bashes of Ymir, to the star-studded legendary rooms of Las Vegas. From Nelson to Shanghai.

While a web search will turn up dozens of AC/DC cover acts around the world, there aren’t likely many who’ve so successfully branded the Aussie band’s timeless raunch with such epic rock n’ roll fury, while also managing to bottle the essence of a wild frontier lifestyle.

Unlike many tribute acts claiming to be “North America’s #1 Clone” or “Just Like the Real Thing”, BC/DC has turned the tables. The band takes a comedic approach, claiming the tunes as their own, and to having “heard of some BC/DC tribute band from Australia”. They rarely give factual interviews to big city press. Adding to the schtick, the band members all go by comic aliases – lead singer Brendan Raftery’s Brian “Bon” Johnscottson paying respects to both AC/DC’s famous frontmen. It’s working. It’s the gift that keeps on giving.

BC/DC’s live show has become a legendary, and necessary, “rite-of-passage” amongst their unwavering supporters and believers. With over-the-top stage energy, they deliver every last note of all the classic songs with absolute authority. You get tired just watching them. BC/DC is heavily rooted in the Bon Scott-era catalogue (Dirty Deeds, TNT, Jailbreak, Let There Be Rock), but also covers AC/DC’s second “golden era” with all the essentials; Back in Black, For Those About to Rock, Hells Bells, and many more. Hey, there’s always another AC/DC tune.. and BC/DC always seems more than eager to blast it out. 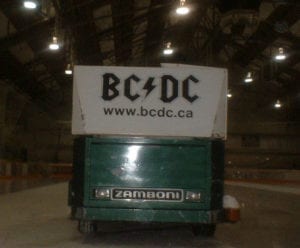 It’s about a maniac lead guitarist who occasionally enjoys wearing an Evel Knievel suit. It’s about a frontman from the back alley, born to be a Rock n’ Roll Singer. Feature Film appearances and Original Soundtracks. A 16-minute rockumentary tour-de-force, entitled “ReVoltage” shown at independent film festivals around the world. And fans keep chugging it down.

BC/DC could be considered a small business success story. Hell, they may be eligible for some type of entrepreneurial award. The band’s cumulative business savvy is obvious in it’s spot-on marketing. With annual website visits in the millions, and worldwide merchandise sales “doing well”, the unmistakable, yet double-take BC/DC wordmark adorns the t-shirts of many well-known celebrities, major sports figures, and your local neighbourhood stuck-in-the-eighties headbanger. 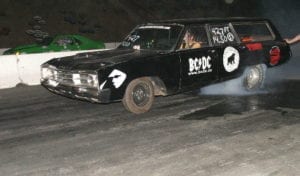 It’s also emblazoned on the Zamboni of the band’s hometown hockey rink, on the jersey’s of a local youth soccer team, and on a 1968 Monaco Wagon/Pro Drag Car affectionately named “Demonico”. Cool, eh?

Think about it. Do you know any other tribute band that has been the answer to a crossword puzzle in the Vancouver Province newspaper? Or the answer to a trivia question in Air Canada’s “En Route” in-flight magazine. Didn’t think so.

If there’s a Canadian cultural export any rowdier than Nelson British Columbia’s BC/DC, you can bet your axe lead guitarist Marc the Sharc will hang up his Gibson SG in shame. Legendary shows. Empty beer fridges. Attendance records. Ringing Ears.

Remember the first time you believed in rock n’ roll? Welcome back. 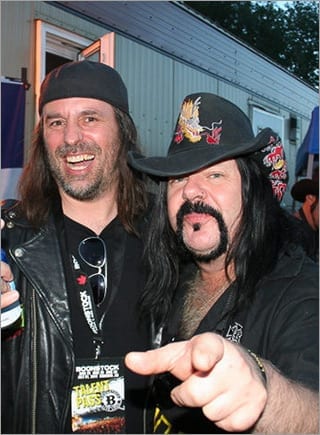 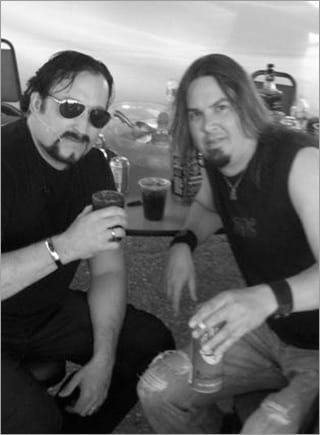 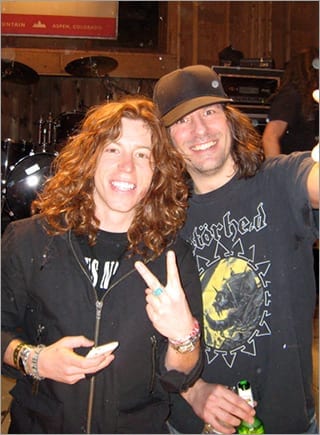 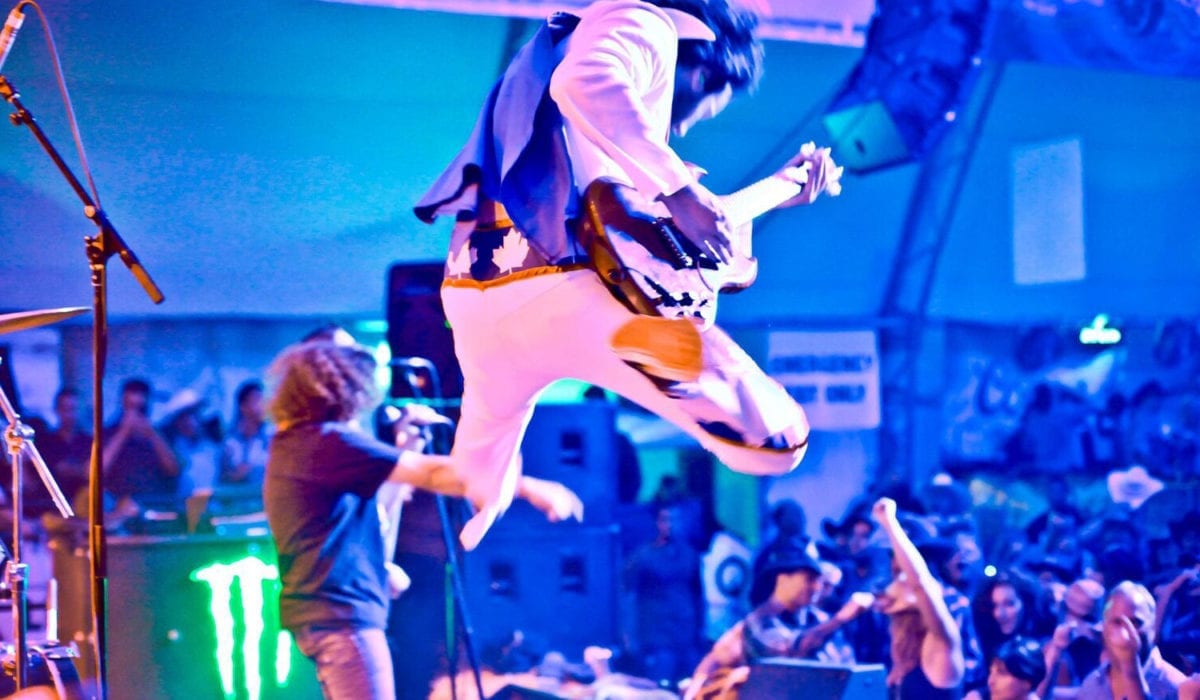